The Apple Mac Book fans were left disappointed when on March 21st the company updated about iPad Pro, iPhone 5 SE and Apple watch instead of the much awaited MacBook Pro 2016.

The were rumors that it is going to be launched in June 2016 at WWDC event but it couldn’t happened. The other special event held on September 7, 2016 ended without any single hint on the release date of Macbook Pro.

Loaded with sixth generation Intel chips and SkyLake processors as rumored will give compelling performance hike to MacBook Pro 2016.

Currently HP, Dell and Microsoft are using SkyLake processors and Apple won’t like to trail behind in the competition.

It was earlier speculated that the new Xeon E3 chips can make way in MacBook Pro 2016, but it seems unlikely due to pricing constraints making SkyLake processors the preferred choice.

Standard Core i7 SkyLake processors are bound to improve the CPU, graphics, and memory performance of the new products.

With nearly 10 hours of battery life in 13in Retina MacBook Pro and 8 hours in 15in model, SkyLake should ideally lift the battery performance upto 12 and 9 hours respectively in MacBook Pro 2016 release. 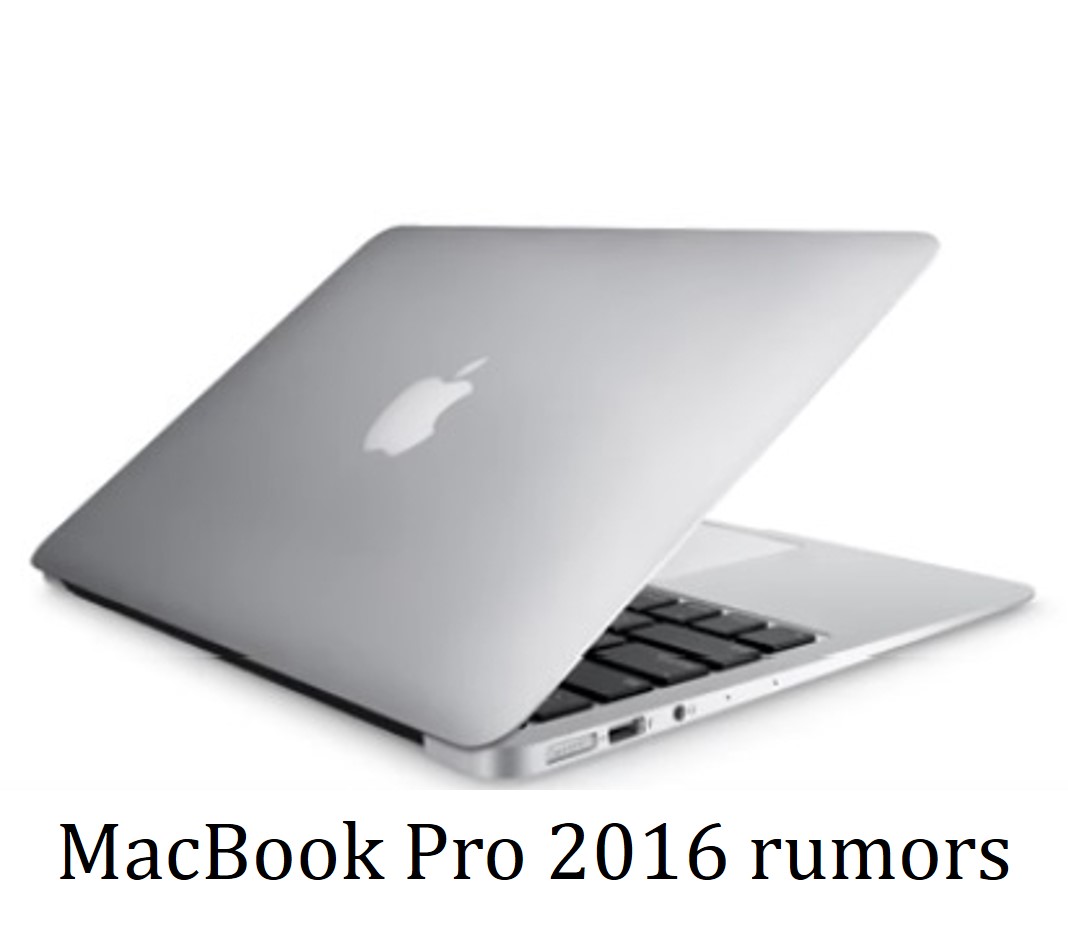 The new thinner and slim MacBook Pro as expected is also speculated to have higher image resolution. The current Retina display leaves a lot to be desired even from Apple standards.

A lot of Apple Pro users use it for media creation and editing thus it’s predicted that the Type-C ports will be added to the new MacBook Pro. The support for external graphics and a dual band a/c Wi-Fi is also on the cards.

One tempting prediction circulating in the internet forums is the touch screen feature. This feature coupled with the detachable screen as rumored will surely make MacBook stand out. It’s only a rumor though and only time will authenticate.

The overall design of the MacBook Pro 2016 will not witness any major change but there is a possibility of a Gold model to be launched as well. The 12in MacBook awaiting an update soon, the Gold model might also be reserved for it.

The rumors suggest that the new MacBook Pro will also come equipped with Touch ID, Force Touch track pad along with other upgrades.

Curiously there are some who anticipate the new release from Apple with the solar power feature. This anticipation seems to stem from the Apple’s recent acquisition of a patent regarding solar power related equipment.

Mere speculation, rumors and predictions will make way for the much awaited Apple MacBook Pro 2016, when the company will actually launch at WWDC – the Apple’s annual developer event in June 2016.