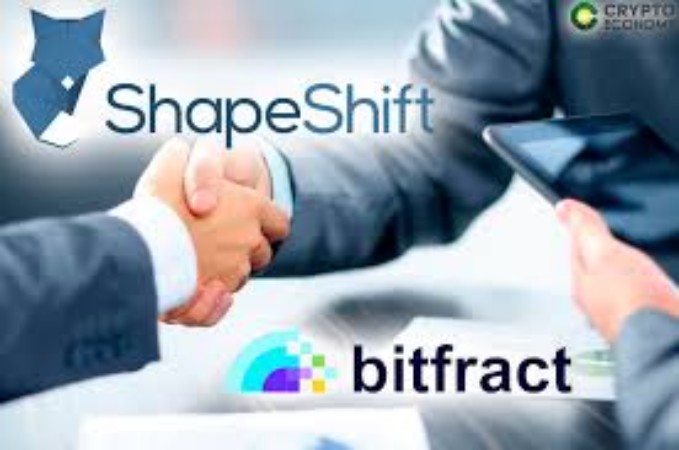 The company proclaimed that it is planning to continue its operations in the near future. These plans include the latest multiple output transactions functionality provided by the platform into ShapeShift’s core platform. Erik Voorhees, Founder & CEO, ShapeShift, proclaimed that the team Bitfract has done a proficient utilization of ShapeShift’s open API. The team has created a product that ShapeShift was planning to develop. He further proclaimed that the latest achievement has confirmed a huge association of thinking as well as strategies. He added that Bitfract’s execution was outstanding. So, ShapeShift has involved the talented team and technology from Bitfract.

On a similar note, Ethos, a mobile cryptocurrency storage as well as monitoring platform made on the blockchain, announced that it has partnered with ShapeShift. The company proclaimed that the latest partnership will allow for the instantaneous swap functionality to the Ethos Universal Wallet.

As per the latest statement by the company, the partnership of ShapeShift will offer the Universal Wallet users an access to the liquidity and exchange services for a number of ERC-20 tokens and cryptocurrencies. The facility is valid for retail as well as enterprise users of the company.