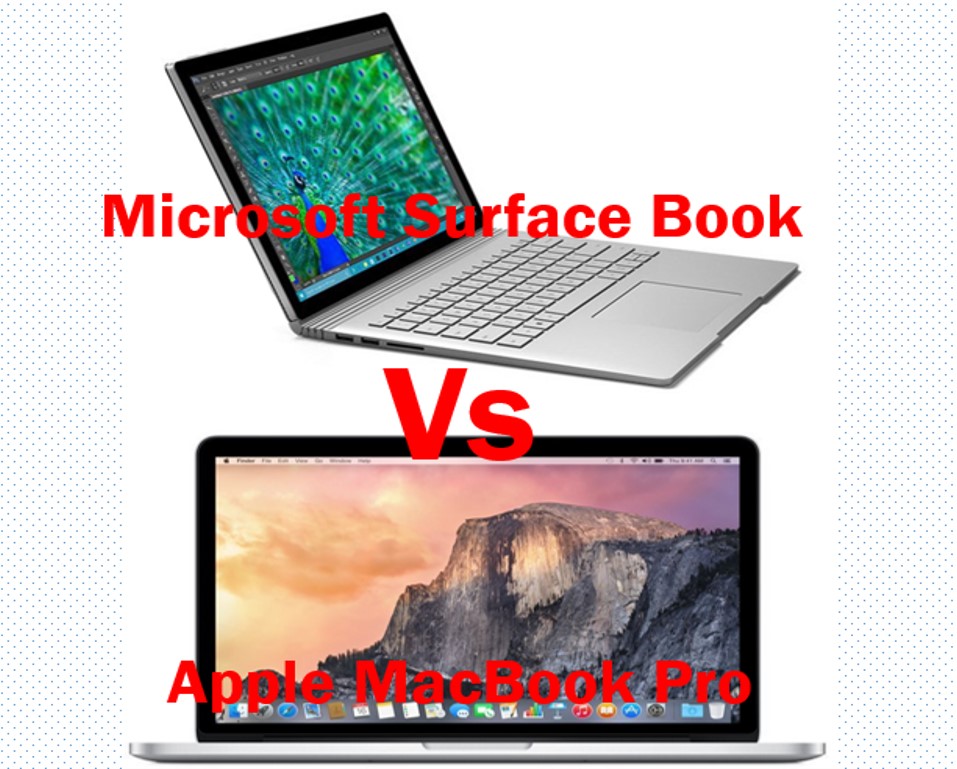 There are a lot of similarities between these two laptops with regard to their hardware configuration. The battery life, connectivity, and integrated graphic cards and processors are more or less similar in their specifications. The only difference is the detachable display, Surface pen which attaches to the screen, magnetically. The display screen can be rotated, and used like a portable tablet. Though the USB ports are similar, Surface notebook offers micro SD while Apple’s Macbook pro offers SDXC card reader. They both also have similar dimensions, and a storage space of 128GB/1TB.

Macbook has HDMI port and you can connect this laptop to your television set directly. A surface notebook has a docking port with many connectors and a cable available to connect it to numerous external devices. Connectivity options in both these laptops are umpteen. Therefore, it is up to the user to make a decision about whether they have to choose between a Surface notebook or Apple Macbook pro. Also, Macbook pro has integrated graphics card, which is Intel’s Iris 6100 graphics card.