iPhone has been gaining quite momentum among the crowd. From its first phone to its latest, many people are loyal users of Apple products. When you look at the History of the iPhone (which can be viewed on blog pages like Cell Phone Deal), it’s clear that it’s grown in popularity. Having said that, let’s come to the main point of this article. The iPhone 6S and 6S plus are considerably faster and have camera improvements compared to the predecessor iPhone 6 and 6 Plus. The ‘S’ version of the iPhone is a great upgrade that its predecessors. These models of iPhone have better design and touch technology. So, if you are looking for an upgrade, these are the phone to go. Though most of the features and specifications of iPhone 6S are similar to iPhone 6S Plus, with a metallic frame and camera that pops out, you will be getting a faster processing power.

The one thing that most of the users are impressed with this model of iPhone is its 3D touch technology. iPhone 6S and 6S Plus are now have Apple Pay, which is the mobile payment pre-installed app in these two smartphones. Users can now purchase and pay online using this app. Launched in September 2015; iPhone 6S and 6S plus have a LED display of 16M colors with a pixel density of 326. With an OS that is upgradable to iOS 9.0.2, and a Dual-core 1.84 GHz Twister CPU and a six core graphics set, you can expect crispier display. If you want to upgrade from iPhone 5S to 6S or 6S Plus, this upgrade would be worth it. 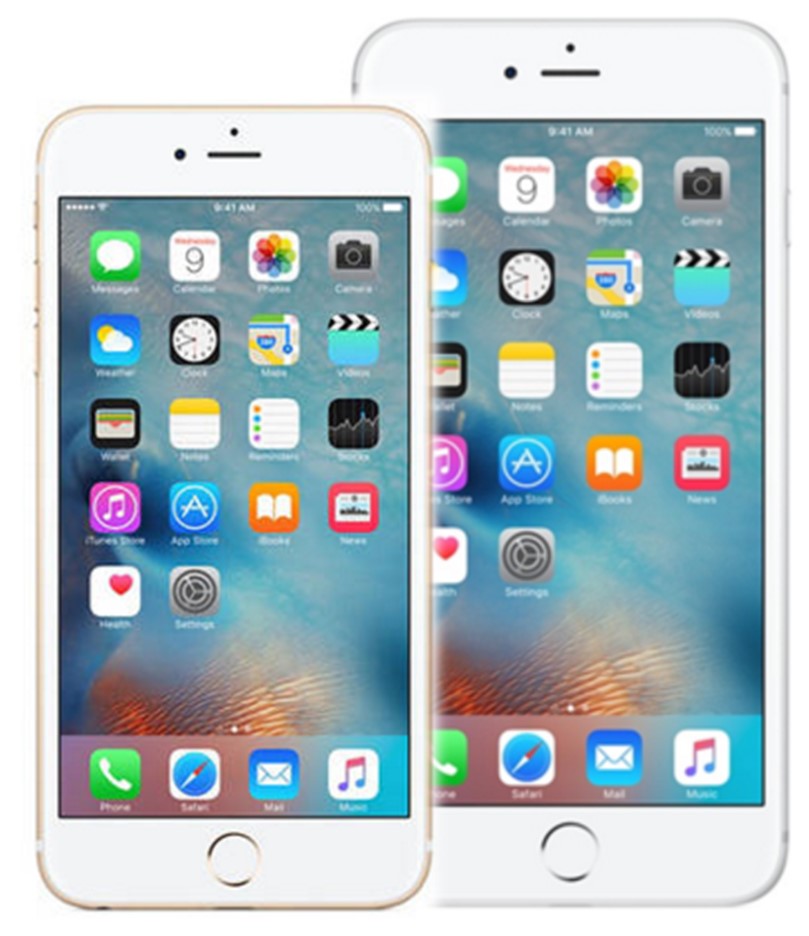 Though there is no slot for external memory, the internal memory ranges from 16GB to 128GB for both devices. The camera has features such as geo-tagging, face detection, touch focus, and video recording 30 fps at the max. You can also take a panoramic shot using this camera. You can shoot a video of cinematic quality with these specifications. The pictures taken from these phone’s cameras give the exact colors of the pictures taken cutting down the noise. The iPhone 6 and 6 Plus have connections such as WLAN, Bluetooth, GPS, NFS, Radio, and USB. The screen is pressure-sensitive. This makes it a 3D touchscreen, and everybody is loving it.

With the feature of 3D touch, a small screen pops up the lists of frequent tasks that you perform on the phone. This makes navigability easy. You don’t have to create shortcuts for frequently operated tasks on the phone. Though 3D touch is not a necessary feature yet, it does make many menu and app navigations sleek and quick. The casing of iPhone 6S and 6S Plus is made of aluminum alloy that makes both a durable and robust phone. This finish comes in the metallic colors of rose gold, gold, silver, and gray finish.

The iPhone 6S does not have optical image stabilization feature instead it sport Digital image stabilization technology however 6S Plus continues to sport this feature. You can take live photos using this camera. In duration of 1.5 seconds you can capture series of photos and the result of this replay looks animated. It can also connect to a Wi-Fi speed up to 866 Mb/sec.

The only glitch of these phone seems to be its battery life. The battery of iPhone 6S and 6S Plus can drain within a day with heavy usage. If you already have an iPhone 6, this phone will not be worth your money, as it has the same features, visually, except for the fast processors and the 3D touch. The iPhone 6S has got 1810 mAh power battery that drains faster on heavy usages. The massively upgraded 2915 mAh power battery in iPhone 6S plus lasts for fairly longer time than iPhone 6S.

Next Post Xiaomi Mi5 specification, price, features and everything else