Sure, you might think that you’ve got your state of the art home security system set up, and your home is all good in terms of security. While that’s partially true, as a good security system can help quite a bit, there are a few other home security tactics that can be very beneficial and help you get that peace of mind.

So, how do you go about protecting your home? What are some home security tactics every homeowner should know? Let’s take a look at a few of them.

Make sure that the security system covers your entire home

A good security system won’t do much if you leave your back door open, simply inviting your burglar in through a part that’s unsupervised. Therefore, make sure that there isn’t a part of your home that’s left like that.

The security cameras you install should be both on the inside and the outside. They should cover all the rooms in your home, except the ones where you have a reasonable expectation of privacy. If you have motion sensors that activate lights, put some of them on the outside, on the path that leads to your home.

Make sure a thief has no place to hide

Do you know what’s a paradise for a burglar? A house that has plenty of trees and bushes surrounding it. Especially if you’ve got a big yard full of them. It gives a thief quite a lot of places to hide, from you, from your neighbors, and from your security system. If you have them near your windows, it also gives them unnoticeable access to the windows, and possibly, the inside of your home. Make sure those trees and bushes, as well as any plant-based fences, are all trimmed to a good length. 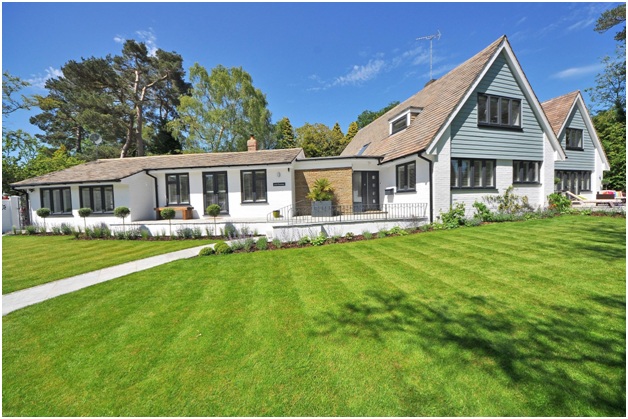 Aside from that, make sure you have plenty of light on your property. Go out one night and do a tour of your house on the outside. See if there are any particularly dark spots, and install lights that shine on them. A dark spot like that may give a thief access to your home when it gets dark. Also – connect them to those motion detectors we mentioned earlier.

There’s an extremely high chance of someone breaking into your home if they’re certain they won’t find you there. Therefore, don’t announce trips and cruises beforehand. As a society, we live sharing, whether it’s tweeting that you’re waiting for your flight, or posting a Facebook picture of you boarding the cruise ship you’re about to embark on a cruise with. This indicates you aren’t around, and you won’t be around for a few days – something thieves are waiting for.

Also, have a trusted neighbor or friend stop by and pick up your mail and newspaper every day. If a thief notices that your newspaper has been sitting on your porch for three days, they may take this as a sign that you’re away for a while.

Oh, and one more thing. You could get smart lights that turn on with a timer, so even when you aren’t at home, the lights will turn on and keep thieves guessing on whether you’re around or not.

Make sure your locks are secure

When you’ve just bought a new home, the first order of business is to change the locks. You don’t know what the previous owner’s intentions are, and it’s better to be safe than sorry. While you’re at it, you could try to get a more secure lock, such as an electronic smart lock, and add to that a video doorbell.

A smart lock will let you control who has access to your home even if you aren’t at home, and it unlocks with your smartphone, or sometimes even with biometrics such as your fingerprint. A video doorbell shows you who’s at the door at any time, whether you’re there or not, and there’s often a two-way speaker so you can communicate with them. Some burglars tend to ring the doorbell a few times to make sure nobody’s home, but with this combination, you can talk to them through the speaker and scare them away.

When everything’s said and done, there are plenty of things that you can do to keep your home secure, regardless of whether you’re around or not. The tactics we mentioned above are some of the ones that are simpler to do but go a long way towards adding a bit of protection to your home.

Note that, aside from what we spoke about, it’s always a good thing to have a quality home security system. Surveillance, alarms, lights, motion sensors – don’t neglect them, they might save your belongings one day.

Previous Post How To Choose Gadgets For Brewing Coffee At Home